And I reported my schedule of our marrage.

Grammar
such (noun) that ~
so adjective that ~

I need to learn more vocabulary... 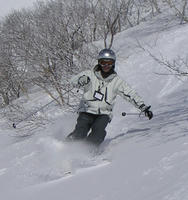